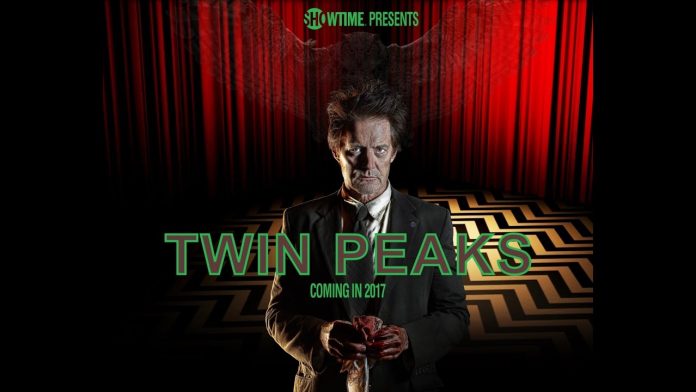 The Cult Favorite Returns to TV on May 21. Will it resolve the frustration of the cliffhangers it left us with – or add to it?

Those of us who are old enough to remember will never forget the question on everybody’s lips during the summer of 1990, “Who killed Laura Palmer?” It was nearly as big a mystery as “Who Shot J.R.?” from Dallas nearly a decade earlier. But unlike the schmaltzy primetime soap opera drama that never really rose above the quality of standard TV fare, Twin Peaks was different. It was the product of the avant-garde genius, David Lynch. The show was charming, compelling and brutal. It was also weird.

When high school dream girl Laura Palmer’s body is found lakeside, dead and wrapped in plastic, the tight-knit town of Twin Peaks finds itself in the middle of a mystery that attracts even the FBI. Similarities to the murder of a girl in another rustic town bring Agent Dale Cooper to investigate. And he does so – indefinitely. One begins to wonder just how much time the FBI can afford to allot on a single case. Saturday Night Live even poked fun at the fact that, despite a narrowing pool of potential suspects, Twin Peaks seemed determined to drag the mystery out, presumably for maximum ratings. It wouldn’t be a stretch to imagine any of the primary suspects as Laura’s killer. Drug dealer and wife abuser Leo Johnson was such a piece of shit you wanted to see him arrested even if he was innocent. A bevy of pathetic grown men shamefully professed their love and illicit relationships with Laura to investigators, affirming the show’s original tagline “In a Town like Twin Peaks no one is innocent”. Laura had two high school boyfriends as well, and despite their respectively rebellious natures, it just didn’t seem possible that either would be responsible. Throw in a town of colorful weirdo’s and you have a pool of suspects so deep you nearly begin to drown in the sheer number of characters introduced. All the while, Laura’s parents are so traumatized by their loss they’re nearly unwatchable. Their grief is genuinely sad.

At the end of its brief eight-episode first season run, the producers tacked on as many cliffhangers in an effort to ensure a renewal from the network. The gamble paid off and Twin Peaks would return for a full second season. Despite the subplots, however, it was as if the entire country was primarily caught up in the speculation of who killed Laura Palmer?! A whole other realm to the town’s mythology was introduced, one of aliens and spiritual beings. During the second season, it became too hokey for some viewers, but many others recognized the artistry behind the madness. When a police sketch of a suspect known only as “Bob” is circulated, he is recognized by only one person – Leland Palmer, Laura’s father. That’s because – we learn – that Leland IS Bob! More specifically, Leland was the naïve vessel in which the evil spirit of Bob used to survive and rape and kill. In my opinion, one of the most emotionally stirring moments in television history occurs when Leland realizes the truth – it was he that murdered his daughter. He proceeds to exorcise the demon by taking his own life. Water cooler talk was probably never more active than on the day following the revelation, and in a way, viewers let out a collective sigh, satisfied with finally knowing the truth. Many did not continue to watch. They didn’t care for the wild variety of counter storylines, such as that of space aliens and an Air Force Major formerly employed by Project Bluebook; or the 35 year old woman with super strength who is allowed to attend high school as a student due to her state of mental unrest; or of Cooper’s demented and missing ex-partner who resurfaces in Twin Peaks leaving a trail of bodies in the form of gruesome clues to his intent.

These countless quirky subplots among the already rowdy assortment of liaisons and betrayals led some to give up on keeping on top of everything that was going on. Others did not. We thrilled at the concept of evil Bob who came from a dimension that hosted two lodges, one black and the other white, both hidden deep in the forests of Twin Peaks, though invisible to the naked eye. Fear opens the black lodge, a red-curtained checker-tiled home of a dancing midget. Its psychotropic atmosphere made for pop culture fodder – inspiring references from such major outlets as Fox’s The Simpsons.

So, as season two wrapped up, with absolutely no deficiency of character or story arcs, the producers decided to implement a familiar strategy. Pack as many nail-biting cliff hangers into the ending, and the network will have no choice but to renew the program for a third season.

Those of us watching couldn’t believe what we saw! Fan favorite teen bombshell character, Audrey Horne, chains herself to a bank vault in an environmental protest moments before a bomb destroys the entire building. Her father, town mogul Benjamin Horne (one of the men who admitted a relationship with Laura) reveals he is the true father of Laura’s best friend, Donna Hayward. In a struggle with the man that rose her as his own, Ben’s head is smashed against a fireplace, leaving him unconscious, possibly dead. And Leo Johnston is mercilessly left helpless, a string in his mouth attached to a box of deadly spiders, swinging over his head. One slip and they are released.

But most shockingly of all, it is revealed that our hero Dale Cooper is now possessed by Bob!

There was a lot going on, we were on the edge of our seats. Then, and quite unceremoniously, the show was cancelled. It was a WTF moment if ever there was one. “You mean to tell me we’ll never know what happened? Bullshit!” was something to the effect of what I said. To say there was a shared sense of outrage would be correct.

Then, just scant months later, like a beacon of hope, preliminary word came that a Twin Peaks movie was in production! “Oh, thank God, I knew they couldn’t just leave it like that!” I recall thinking. But as details started to emerge, the word was that Fire Walk with Me would be a prequel! I could watch David Lynch’s indecipherable Inland Empire again and still be less confounded than I was upon hearing this news. So, in May 1992, less than a year after TP’s last episode, the film premiered. Now I have to admit, despite my initial disappointment, I absolutely love this movie. It’s just as bizarre and emotionally stirring as the show. But now that it’s set further back in time, some of the characters, especially the lead Laura Palmer, look entirely too old to be in High School. And unlike all of the men in Twin Peaks, we as viewers aren’t given the chance to fall in love with her. From start to finish she’s frazzled and stressed, she never appears beautiful and we never see the vulnerable sex kitten that we should want to protect.

Still, it’s a great movie. But at the end of the day, I wish they took the amazing opportunity that a full-length feature provides and used it to wrap-up the open-ended character dramas we had come to love. But they didn’t.

Now, twenty-five years later, they just might. The show returns to television on May 21, courtesy of cable network, Showtime. A series of recent Entertainment Weekly covers featuring the majority of the original cast potentially promises a re-visit to their respective dramas. For the most part, however, everything about the return has been kept tightly under lock and key. The Secret History of Twin Peaks, a book written by TP co-creator Mark Frost released in October of last year further investigated alien connections to the town as well its native Indians and a race of giants that also inhabited the mountainous region. Of the show’s characters, it is revealed the Audrey Horne survived the blast at the bank, shielded by the body or bodies of person(s) around her. However, she was left comatose. The only other character fate uncovered in the book is that of Hank Jennings, a thug with a semi-regular role in the show. Apparently he was murdered in prison in 1992. But that’s it. It reveals very precious little else, leaving us still wondering; how will Leo get out of that jam? Has Ben Horne suffered nerve-damage or death? But most profoundly, is Dale still possessed by the evil spirit of Bob? Now, I love David Lynch, I’m a big fan. But I prefer his movies that make some sense. The Elephant Man, Blue Velvet and The Straight Story are easy to follow and are rewarding to get involved in. Lost Highway or Inland Empire, on the other hand are not. Frankly, I am adverse to movies made with the intent to be open to interpretation. For me, that’s cheating. It’s like a puzzle without a solution, and that is something I’d rather not waste my time with.

Mulholland Drive, a Lynch masterpiece, is kind of in-between. It’s fun because there is much to decipher, almost certainly between what is dream and what is not. But Lynch angered me, yes angered me, when his book (Catching the Big Fish) featured a chapter called, “The Box and the Key”. It was a title that practically promised an explanation behind those two extremely pivotal props from the film. I raced to the page, anxious to learn what they really are, where they come from, and hopefully unlock the films’ riddles. Instead, the chapter lasted but seven words:

“I have no idea what those are”.

And that’s exactly what I don’t want for the TP reboot – unanswered questions. I want to know the fates of my beloved classic characters, and I look forward to pondering those of new favorites. There’s a difference between ambiguity and mystery, and for this cult institution called Twin Peaks, I prefer the latter.