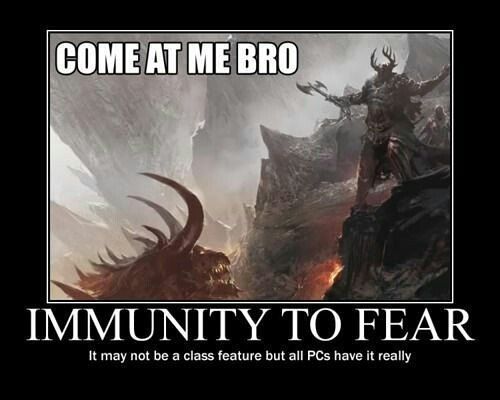 When most people try to build a new character build for their tabletop game, they pretty much stick to some basic tenets of their character: Name, Race, Character Class, and a distinct set of skills. But in some games, Game Masters want their players to go deeper so they put more thought into their character other than the mechanics on their sheet. The same thing is especially true in live action roleplay (LARP) when players need to have a fully realized character beyond their ability to parry sword blows and cast magic spells when interacting with villagers.

So how do you make a full-on player character (PC) for a game if you’re stuck thinking this character is just an “Elven Bard that casts Sleep” or a “Human fighter that carries a big sword and a chip on their shoulder”?

Gaming author and blogger CW Fox created a comprehensive character questionnaire that will allow you to think through all the different aspects for your character, and even possibly rethink how to play one that exists. The article is called “100+ Character Questions for improving your roleplay and characters” and let’s take a look at some of the sample questions from this questionnaire that will help you nail down your character.

This is the very beginning of the questionnaire and this is incredibly useful to both the player and the Game Master. People are often happy to play in a tabletop game, but this helps tell your Game Master what KIND of game you want to play to make sure that the game is compatible with how you like to play and what you are expecting in a game.

For “Describe your character with three words,” I’ve found that nouns tend to work slightly better than adjectives when describing my own character. When I use adjectives, it’s often what I ascribe my character to be so I can play a dwarven barbarian that is heroic, down-to-earth and boisterous. But if I describe my dwarven barbarian as brass metal, smoking pipe, and belly, it invokes more interesting imagery and gives me more description in just as few words.

Here we get into aspects of a character that we often don’t think about but are part of a regular person if we were to meet them in real life.  A simple thing like being left or right-handed means that you may have to train in sword stances differently or certain items are not immediately designed for your use (scissors, anyone?)

Allergies and physical weaknesses? Who would want to purposely make their character weak? However, unexpected but fun roleplaying moments can happen if your Minotaur Ranger is lactose intolerant but the only available food in the tavern is cheese or a wizard had a bad spell learning fire or she switched to casting charm magic instead… and has a horrible fear of fire that burned the skin on her arms. Not all flaws need to be physical, but flaws do make for an interesting persona.

Sometimes by answering the most extreme situation you think your Goblin Paladin is capable of doing, it frames how you plan to interact with your adventure. Many people can claim that they would be willing to kill in self-defense, but some others may kill if they looked at them funny. Even on the opposite end, some will go out of their way to refuse to kill at all but would be the first to subdue a creature, tie them up and leave them on the side of the road for the city guard to deal with.

This is only a small section of questions that ask things that are the very foundation of the character that comes from the questionnaire. The good part of answering questions like this is that this helps come up with personal motivations outside the game mechanics that help you create a fully realized character. Questions like “Do you like who you are?” and “What do you need to improve on?” are questions that I would never have thought of and this questionnaire continues to ask about several other areas of your life, including your own gender and sexuality, what your school life was like (if you went to school), and the ever important “Puppies or kittens?”

Now keep in mind even from the site, Fox says, “Try not to answer these in order. Go through and do the easy ones first, they’ll help you figure out the more difficult ones.” This is not the SAT where you are required to answer section by section within a time limit for a score; this is meant to help you out with developing your character and their personality in a more practical manner.

You can find the 100 character questionnaire at this link: