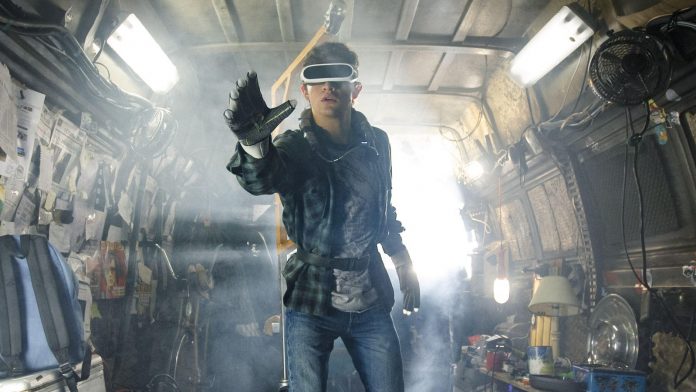 The Debate: Was the Movie Good Or Bad?

Our Ready Player One Challenge: The Maze article set off a hot debate amongst my roommates. We had finally gone to see the movie on Friday night and afterwards gathered in our closet of a living room to type about how we felt. Here are our varying perspectives. Be warned, intrepid moviegoer, plenty of spoilers ahead.

Shrek: A Man Who Didn’t Want To Be Named

I should note that I too, did not read the book. I went into the movie with very few expectations but the ones I did have were as follows:

Suffice to say I was pretty disappointed. I felt like if the movie had been shot with much less of the real world in it, it would have been better. I felt like too little of the movie showed off cool weapons and explosions. But maybe that’s on me for not knowing what I was getting myself into. Judging by the trailers, I had much different expectations. The acting just seemed to be abysmal and sort of… cheesy. Additionally, I wasn’t a big fan of Wade. He seemed like a happy-go-lucky kid who had no clue about his place in the world (giving out his real name on the internet and has to have the consequences of IOI explained to him). That whole “backwards” echoing made it extremely cheesy. Like. Super cheesy. It’s like ordering nachos and they ran out of tortilla chips and decided to give you extra cheese to make up for it. It was arguably even cheesier than when a semi crashed and spilled tons of cheese onto a freeway. The guy sitting next to me reciting that line out loud didn’t help either. I should have told him to shut up. It was a decently entertaining movie that didn’t require much effort or thought to watch. 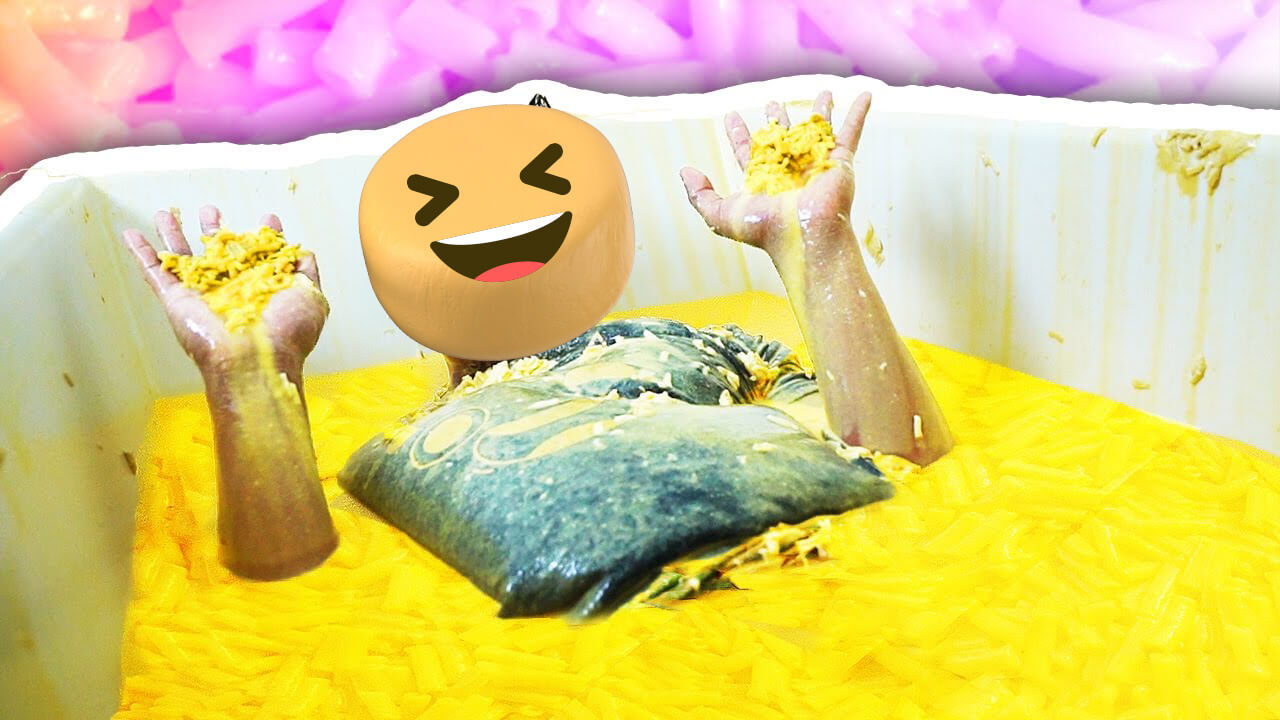 With an amalgam hurricane of pop-culture references to digest, the latest cinematic dish offered by Steven Spielberg’s Ready Player One is, simply put: stimulating. On a visual level, the film succeeds in proffering the colorful effects and character renderings on a scale associated with the latest interactive video game technology. We journey from 8-bit games and challenging puzzles to Delorean-Akira incensed racing, all with the goal of attaining control of the online gaming center referred to as the “OASIS,” an ephemeral plane where men, women, and children alike run to in order to escape the technocratic world of 2045.

With an amalgam hurricane of pop-culture references to digest, the latest cinematic dish offered by Steven Spielberg’s Ready Player One is, simply put: stimulating. On a visual level the film succeeds in proffering the colorful effects and character renderings on a scale associated with the latest interactive video game technology. We journey from 8-bit games and challenging puzzles to Delorean-Akira incensed racing, all with the goal of attaining control of the online gaming center referred to as the “OASIS,” an ephemeral plane where men, women, and children alike run to in order to escape the technocratic world of 2045.

Based on the 2011 novel written by Ernest Cline, Spielberg’s film has us following Wade Watts, a mediocre young man in his late teens who is just simply “existing” a semi-dystopic future. Searching for a father figure but instead escaping into the OASIS, Wade’s daily journeys allow him to live out his most vainglorious aspirations under the guise of his avatar “Parzival,” a doe-eyed caricature evoking zero human association. Wade’s rag-tag assemblage of online friends assists him in hunting three keys left by OASIS creator James Halliday that would ensure complete dominion of the online ether and half a trillion dollars. Doofus-Antagonist-CEO attempts to prevent this, cute girl with her own daddy-issues and body dysmorphia offers virtual temptations, and all other relevant issues regarding machinations of daily life for working-class individuals are completely skirted.

It must be noted that I did not read the book, which may undoubtedly change my criticisms toward Spielberg’s interpretation of the text. But his nostalgic assault on my senses did not go unnoticed, although it did feel more non-consensual for the overwhelming majority of the time I was in the theater. We spend the majority of the film in the OASIS with the avatars of the film’s characters, therefore feeling no emotional engagement with their voices and devaluing any interactions they have in real-time. I wanted to believe in the romantic dynamic between Parzival and Art3mis (her name in the real-time being Samantha), but the build we are given to the moment Wade’s avatar utters “I Love You” while dancing in a zero-gravity club to generic pop music is wholly artifice. The banter they exchange is just as forced and trite as the heavy-handed references to pop-culture music, movies, and video games which operate as the entire nexus of the film’s story and marketing strategy.

A less-than-sinister villain—Nolan Sorrento (played by the memorable Ben Mendelsohn) is written as more of a cartoonish oaf than an egomaniacal CEO with greedy goals of a global takeover. By the time he sends his henchwoman after Wade Watts and his Bad News Bears in their mobile video game truck, we have lost any ounce of fear or respect for his power as a viable threat to the teenagers. Still, the mere sight of him holding a gun is capable of parting a lynch mob who allow him to point the weapon at the gamers and threaten the lives of children. Mendelsohn does wonders with the mawkish stooge he plays, but I still left the theater fearing a papercut from my ticket stub far more than the possibility of Nolan Sorrento running an oligarchic Internet service with plans to create a Babylonian debt structure to enslave the working class of the world.

Expectations can set the tone for a film. Mine entering Ready Player One was simply to enter an enjoyable adventure in an inventive dystopian world. Pepper in some witty pop-culture references and a story paying proper respect for the arts and entertainment which bind us together across all physical and political boundaries. Give me at least one character with whom I can feel a sustainable connection and somewhat believe that he or she may not come out on top at the end of the film. Instead, what we are given is a gauche romp in a blindingly animated world where the central themes of interpersonal interaction between humans in real-time are diffused with the director’s obvious obsession with existing in his own Atari Neverland. Next time I want to feel nauseated by someone else’s nostalgia, I’ll watch The Sandlot; a film that at least has a decipherable soul and rhythmic heartbeat.

Me: A Patrick Weaver

I thought the movie was okay.  I too, did not read the book (maybe we’re all just products of our generation).  I agree with Shrek but it was an okay movie. I had lots of questions during the movie. For instance, where are the cops? They conveniently show up a second before the end of the movie and not a second before. No one seems to think it’s suspicious that drones flying all over, dropping explosives, and scanning license plates? Why did Wade or Samantha not call the authorities when threatened? I suppose it’s a movie after all and we shouldn’t look too far into the details.

Regardless, something else I thought of was that wifi and data must be super good? I don’t think our internet is even remotely close to being able to support such a massive game. Also, if you’re running around out in the open like a few of the kids from the movie, I could only imagine how incredibly dangerous that is. How is it that no one’s fallen off a cliff or ran into traffic this way?   I thought you were immersed completely when you plugged into the OASIS but I guess you can still see out the side of your visor.

I was never a fan of 8-bit games. I missed quite a few references but I did enjoy seeing The Iron Giant (though wasn’t he supposed to be a pacifist?), Tracer, and Master Chief. I had fun jamming out to “Blue Monday”. Though there were tons more, I don’t want this to turn into another article fangirling over the millions of references and product placement.  As an individual not too fond of horror films, I wasn’t a fan of the whole The Shining scene. I thought it was an overly long set up for the punchline of a room full of IOI sixers screaming. All in all, the movie was just some mediocre eye candy to me. If they cut out the cheesiness somehow, I would have enjoyed it much more.