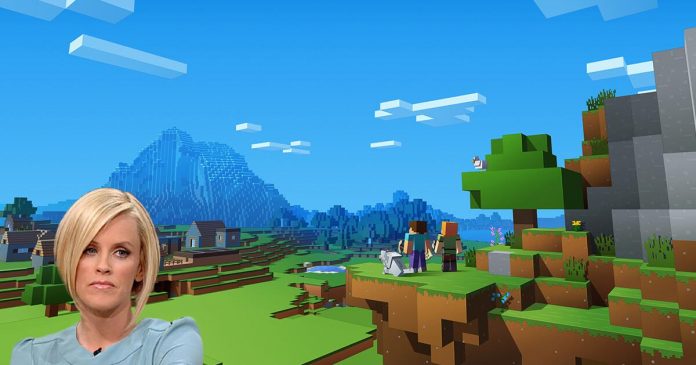 Actress, model, television host, and anti-vaccine activist Jenny McCarthy has come out publicly against technology in a statement made at the most recent TACA conference after having discovered a rumored link between sandbox video game Minecraft and autism.

“I’ve been educated on the science behind it. The numbers are just as significant and legitimate as with vaccines if not more so and so we should be taking it just as seriously. And we don’t believe it’s only the Minecraft.  It’s the technology behind these games that has become such a poison. Think about all the machines an infant child is exposed to physically the moment they come out of the womb. My son Evan was passed through god only knows how many devices before being handed back to me.”

It is unclear whether McCarthy’s education was the work of like-minded individuals, perhaps those of anarcho-primitivist persuasion, or that of internet trolls. When confronted about photographs of her continuing to use a cell phone and what she will do about her appearance in 2008’s Command and Conquer: Red Alert 3 as Special Agent Tanya, McCarthy responded, “People have the misconception that we want to eliminate technology altogether. That is not necessary. Please understand that we are not an anti-technology movement. We are demanding safe, non-corrupting technology. Kids are ending up like this because companies are making a product that’s shit. If you give us a safe product, we’ll use it.”

Microsoft CEO Satya Adella issued a public response, expressing he was “unsure if [McCarthy] knew how computers and the Internet worked” and that he “hoped she was okay.”

Despite overwhelming evidence that video games don’t directly cause autism, violence, or other social or conduct disorders, one in four Americans still think they do. Knowing that fears about Minecraft and its technological components could easily spread, US public health officials had acted quickly to address festering doubts about video games and broader technology. Officials at the CDC, echoing the vaccination controversy of 2000, have asked the nation’s leading independent advisor on science and health policy, the Institute of Medicine (IOM), for help. The IOM have convened a safety review panel despite the fact that finding a panel explicitly excluding experts with a vested interest in preserving the technological state of our society was far more difficult than it was to find one excluding experts with a vested interest in vaccine safety, significantly stalling its formation.

In its first review, the IOM panel found no evidence of a causal relationship between the components of Minecraft and autism “at the population level,” but couldn’t rule out the possibility that they might contribute to generalized social awkwardness and isolationist behavior in a subset of children.

“Since the 1980s, autism diagnoses in the US rose from about 0.47 per 1,000 children to about 6.7 per 1,000 today—about 1 in 150 kids. There’s a perception that environmental factors explain this rapid increase,” says Dr. Robert Stark, pediatrician and the director of the Program in the History of Medicine at UC Sunnydale, “but you don’t have to go back very far to see how much the definition has expanded since Leo Kanner first described autism in 1943.”

“Some people say that Asperger’s accounts for 50% of cases,” says Dr. Baron-Cohen, head of the Research Center for Autism Spectrum Disorders at South Harmon Institute of Technology. “If that’s true, that’s added at least half of the increase. Plus any significantly introverted socially inept weirdo who’d rather stay home on the Internet playing Dwarf Fortress might get slapped with the ‘tism diagnosis by an overzealous doctor paired with one of those trigger-happy moms with the crazy eyes that walk around with a labeler like they’re just always on speed, you know the ones, and that’s just not clinically sound.”

Parents who think environmental factors are behind rising rates of autism saw vaccines as the most obvious environmental exposure to have changed until McCarthy’s public statement, Stark says. In 1983, infants were exposed to an average of 2 technological devices per household; today, they are exposed to 10 connected devices per household and that number is projected to rise to 50 by 2020. “This is the single most important factor that drives parents to suspect,” Stark says. “And it’s also why I drink.”

Earlier this week, Stark appeared on a West Coast radio call-in show that featured several parents who have decided to shun vaccination, technology, or both in an effort to shield their children from the bogeyman of autism. After hearing several parents explain their reasoning, he pointed out that parents who claim non-medical exemptions seem to become so focused on their own children that they “lose sight of the bigger picture,” not accepting responsibility for the impacts their actions may have on the greater community. Reflecting on the radio show, he says, “it really hit me hard. Many of these parents who aren’t vaccinating their children and keeping them away from technology are ultimately just convinced that there’s something in these external elements that is poisoning their children and turning them into these socially stunted pariahs who can’t navigate society, and it’s like, mm, you’re getting there. You’re like, almost right, but not really. So close.”

McCarthy plans to spend ⅓ of her year in technology-free Tibetan retreats which she also has invested in heavily as part of her activism.